The Permis Plaisance option Eaux Intérieures (EI), ‘small boat licence’ is the typical starting point for French nationals wishing to cruise the inland waterways.  It is valid for vessels up to 20m.  More importantly for English speaking boat owners, with large boats, it is a pre-requisite before upgrading to the Extension Grande Plaisance (EGP).

How can I get the EI?

It can be achieved through two routes: 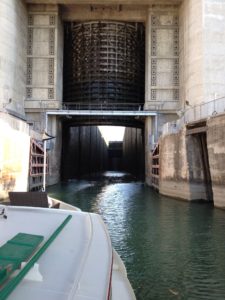 This equivalence application is open to any national, however, from our experience a non-EU national must also retake the CEVNI examination in French at a government facility before the application is approved.

The French foreign boating licence department have published a table clarifying what licence is needed and acceptable when cruising on French waters.  Additionally, it states the requirements for equivalence applications depending on nationality/residency.  Driving conditions and Equivalence table - in French or Table of licences and rights – in English.

The completed application pack should be sent directly to:

Brexit note – as yet the French authority responsible for inland waterways foreign licences has not provided any information in relation to the equivalence application for British nationals when the UK ceases to be part of the EU, i.e. extended to 31 January 2020.  It is likely that UK nationals will eventually be required to retake the CEVNI in French – as all other non-EU nationals currently do, or that as a 'third country' this equivalence option is not open to you with a UK ICC.  We will provide updates as soon as these become available.  In the meantime, if, as a British national, you think you will need the EI in the future we would suggest applying through the equivalence process as soon as possible.